Dr. F. Demirci graduated from Istanbul Haydarpaşa High School in 1977 and Istanbul Medical Faculty in 1983. He specialized in gynecology and obstetrics at Zeynep Kamil Women’s and Children’s Diseases Training and Research Hospital between 1986 and 1990. In 1990, he became an obstetrician and gynecologist.

Between March, 1990 and December, 1997, he alternately worked as a chief assistant (specialist) at the delivery room, diagnosis and follow-up unit for high-risk pregnancies, and gynecologic surgery and gynecologic oncology surgery units of Zeynep Kamil Women’s and Children’s Diseases Training and Research Hospital.

In December 1997, he started to work as an assistant professor at Duzce Faculty of Medicine of Izzet Baysal University. He achieved the titles of associate professor in November, 2000 and professor in March, 2006. During his working period, he served as a member of the faculty board, member of the university board of directors, and as consultant of the rector. He worked at Istanbul University, Faculty of Medicine, Department of Gynecologic Oncology Surgery for for 4 months in 2001 and for 18 months in 2005-2006, şn total 22 months. In 2011, he was entitled to become a subspecialist in Gynecologic Oncology Surgery.

He attanded as a visiting observer at Baylor College of Medicine, Houston, USA (1995). He worked at the Clinics of Gynecology-Obstetrics and Urogynecology at University of Rostock, Schwerin, Germany (February 1999).

In October 2004, he became a member of the board of directors of the Turkish Society of Gynecology and Obstetrics. He served in this position for 3 terms until November 2010.

In September 2012, he became a member of the board of directors of the Istanbul Branch of the Turkish Society of Gynecology and Obstetrics. He served in this position until 2016.

In 1997, he became the founding member and general secretary of Turkish Urogynecology & Pelvic Reconstructive Surgery. Between the dates of October 2011 and October 2015, he served as the chairman for 2 terms. He is still a member of the board of directors of this association.

He became the secretary of the congress in 4 national congresses and 1 symposium and the chairman in 12 meetings. He took part in 54 national congress organizing committees. He served as the chairman, organizer, speaker and training operator in 50 post-graduation trainings. He was invited as a speaker and/or workshop operator to 130 congresses, courses and meetings held in different provinces and Universities.

He appeared in the international literature with an ultrasonographic diagnostic method and a surgical method developed by him.

In 2002, he was included in the index of “who is who in medicine and healthcare” in US. In 2003, he was included in the list of physicians who contributed to medicine by the “International Biography Center” published in the United Kingdom (Cambridge). In 2011, he was one of the physicians granted with Hippocrates high achievement award by the “American Biographical Institutes (ABI)“.

Everything about Urinary Incontinence in Forty Questions

What is the Place of Robotic Surgery in Uterine Prolapse 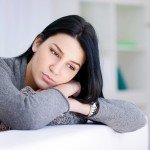 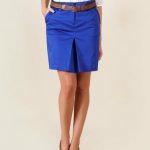 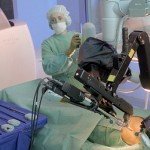