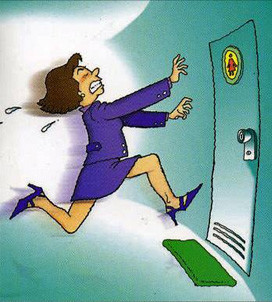 Overactive bladder is seen in more than half of menopausal women. It manifests itself with frequent urination, urge to urinate-urine leak, and nighttime urination. To the best of our knowledge, the treatment of overactive bladder is non-surgical treatments (medication, physiotherapy, magnetic chair, botox etc.). The definite treatment with these classical methods is quite difficult and the disease recurs when the treatment is discontinued. The goal of these treatments is to increase the quality of life of the patient.

In a 2012 article published by Dr. Jager from Germany (Jager W et al. Gynecol Obstet Invest, 2012;74:157), the patients with OAB were operated using a new technique, and as a result, the OAB findings decisively disappeared in 77% of the patient. Dr. Jager was invited as speaker to the 6th Urogynecological Congress that we held in Istanbul in 2013 where I was the chairman, and he demonstrated the surgical technique by operating a patient in the surgical workshop of Istanbul Medical Faculty.

Dr. Jager bases his surgical technique on integral theory. This theory proposed by Dr. Petros suggests that the cause of overactive bladder is loose ligaments of the uterus, and that supporting these ligaments will eliminate this finding.

Dr. Jager recontructs these ligaments with a new mesh (surgical kit) and treats OAB. The surgery was first started to be performed as open surgery and now it can be performed as closed surgery (laparoscopically). The operation is carried out in 2 groups of patient using 2 different techniques. If the patient’s uterus had been previously remoced, the mesh is fixed to the top of the uterus, passed through the ligaments of the uterus (sacrouterine ligaments) and fixed on both sides of the sacral bone (VASA operation). If the patient’s uterus is still present and if her age is suitable, the uterus is removed by preserving the cervix (subtotal hysterectomy) and the mesh is fixed to the cervix. If the patient has mixed incontinence, leaks urine during coughing and sneezing, TOT (transobturator tape) operation is performed for this. Thus, the pelvic floor gains its normal anatomy. A hammock extending from the pubic bone to the sacrum is created and the vaginal vault remains on this hammock which is the anatomical sites of the bladder. One of the most important advantages of this surgery is that if anal prolapsed and rectal prolapse (the last portion of the large intestine) are simultaneously present in the patient, the rectum is fixed to the arms of the mesh on both sides. Thus, the prolapse of this region is also corrected. Rectal prolapse is a condition difficult to treat, and sometimes coexists with genital organ prolapse. There is no need for additional operation for rectal prolapse in those undergoing this operation.

We received required training on these surgical techniques in Rotterdam, Netherlands and started to perform the surgery in our country.

I am happy to announce this method in the hope that this new method that will break ground in the OAB treatment and will be beneficial to our patients.