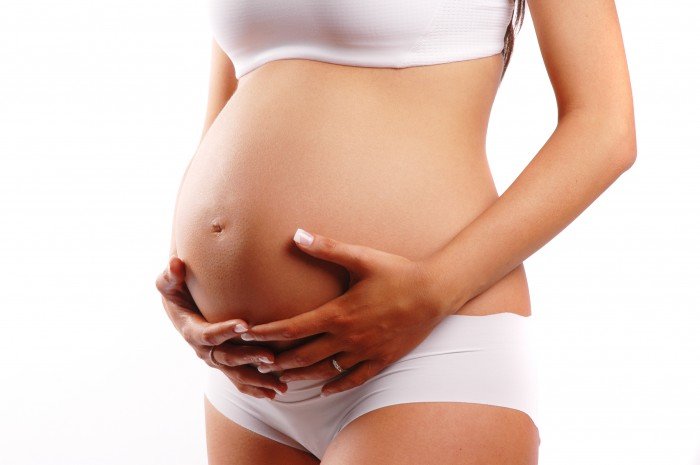 Pregnancy symptoms, these hormones appear at high rate in the blood even after 8 days of ovulation. A hormone level above 25 mIU/L indicates the presence of pregnancy.

Pregnancy symptoms, a hormone level below 5 mIU/L indicate that the pregnancy did not occur, and the results showing up in the intermediate values indicate that the test should be repeated two days later. Usually urine tests give positive results at this level.

Whether pregnancy occurred within the uterus and has a healthy course can only be learned with ultrasonography. In cases where pregnancy occurs out of the uterus, called ectopic pregnancy, pregnancy test results positive. Under normal conditions, healthy pregnancy symptoms, Chorionic gonadotropin levels are doubled at almost 2-day interval; however, the increase in hormone levels is slower in cases of ectopic pregnancy or miscarriage.

Vaginal ultrasonography may detect the formation of gestational sac, pregnancy symptoms, in the uterus 5 weeks after the last menstrual period. For this, the level of chorionic gonadotropin should be minimum 1500 mIU/ml.

What are the Symptoms of Pregnancy?

The following symptoms are the most common symptoms in the first period of pregnancy:

Pregnancy symptoms, these symptoms listed occur due to the effect of pregnancy hormones started to be secreted from the woman’s body from the moment pregnancy occurs and increased secretion levels of estrogen and progesterone hormones. The reason for the occurrence of these physiological hormonal changes is that the body is synchronized with pregnancy.

These symptoms may be the sign of a pregnancy. A pregnancy test should be made or pregnancy should be visualized on the ultrasound for the definitive diagnosis.

Pregnancy symptoms, from the moment embryo attaches to the uterus (in the case of ectopic pregnancy, to the tubes or somewhere else such as abdominal cavity), a hormone, called HCG (Human chorionic gonadotropin), is started to be secreted by the trophoblast cells.

Pregnancy symptoms, the demonstration of the increase in this hormone, which is normally seen in very little amount in the blood and urine, by various tests is the definitive indication of a pregnancy.

In order to prevent confusion of HCG rate in the blood and urine with the hormone, called luteinizing hormone (LH), which is structurally very similar to this hormone and responsible from ovulation, the beta fraction of HCG hormone, in other words ß-HCG measurement, is performed.

When ß-HCG reaches a certain threshold level in the blood, it starts to show up in urine and the level in urine increases with the progression of pregnancy. The goal of the urine pregnancy test is based on the determination of the presence or absence of ß-HCG.

Pregnancy symptoms, differences between the sensitivity of different tests are related to whether or not they can identify the rate in urine. A sensitive test can identify low levels of ß-HCG in the earliest period of pregnancy, while tests without sensitivity can detect pregnancy when a pregnancy progresses a little bit more and the level in urine rises, in other words in the later period.

What are the Symptoms of Pregnancy?

The reliability of urine pregnancy tests, which can be easily performed in pharmacies or at home using ready-to-use test kits, is indicated as 99% by the manufacturer, but it is known that this rate decreases to fifty percent in the light of the data demonstrated by research.

Pregnancy symptoms, the tests carried out under laboratory conditions can produce, urine pregnancy test, reliable results when the menstrual delay is little. This pregnancy test is a test that can identify lower levels of the hormone and therefore, is a more sensitive test than ready-to-use test kits.

In addition to the use of ß-HCG test in the blood as a pregnancy test, it is a very important tool used in diagnosis of ectopic pregnancy, molar pregnancy and miscarriage.

The Effects of Delaying Pregnancy

The Causes of Urinary Incontinence During Pregnancy

How to treat irregular menstruation?

Is menstrual irregularity a symptom of a disease?