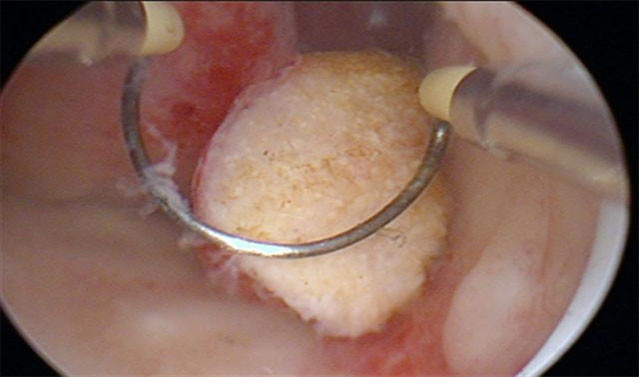 Hysteroscopy is a method that provides observation by accessing into the uterus with a thin and special tubular camera, allowing to perform procedures for both diagnostic and theurapeutic purposes. Images are detailedly examined with the help of a monitor. The tubular device in the camera system inserted into the uterus is defined as hysteroscope.

Hyteroscopy is a technique carried out using local anesthesia during examination and general anesthesia in operating room environment. It is performed especially within 1 week after the end of woman’s menstruation. This period is the most suitable period to be able to visualize inside of the uterus.

In which cases is diagnostic hysteroscopy carried out?

In which cases is surgical (or operative) hysteroscopy carried out?

It is used to remove lesions such as polyp, myoma present in the uterus, to correct the components and to treat current adhesions.

What are the risks that may occur due to hysteroscopy?

Actually, hysteroscopy is a safe treatment method. However, in some cases, uterine injury, excessive bleeding, intrauterine inflammation, injury to the cervix and a number of complications associated with anesthesia administered may occur.

How is hysteroscopy performed?

In some cases, the patient can be given drug to be administered orally or vaginally to obtain sufficient openness in the cervix before starting to perform hysteroscopy. Hysteroscopy is performed under spinal or general anesthesia by placing the patient in a position as if gynecological examination is performed.

If complications such as

develop, it would be beneficial to reconsult doctor.

When is Hysteroscopy Performed?

What are the Causes of Infertility?

Do you need to see a doctor in cases of vaginal discharge?