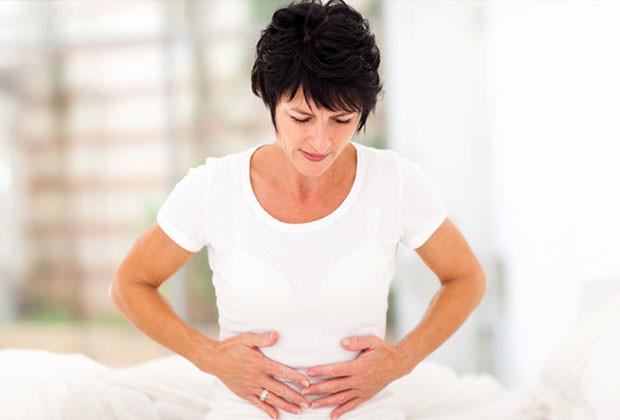 What is endometriosis (chocolate cyst)?

Endometriosis is disease that may cause pelvic pain, menstrual pain (dysmenorrhea), pain during sexual intercourse and infertility (by 20%) as a result of the growth of endometrial (inner part of the uterus) cells outside the uterus (ovaries, tubes, peritoneum, and adjacent organs).

The tissues in which endometriosis (chocolate cyst) disease is located are a closed system unlike the uterus that can be opened to the outer environment through the vagina. Bleeding occurs into the closed system (mostly the abdominal cavity, uterine ligaments, peritoneum or ovarian tissue).

During the elimination process of the internal bleeding arising in endometriosis foci every month at regular intervals by the body, a condition in the form of infection and severe adhesions occur in the area. Various symptoms and complaints are observed in patients according depending on the condition of adhesions. The internal bleeding here is less than the blood loss during menstruation and is not life-threatening.

Endometriosis (chocolate cyst) is considered to be a disease specific to reproductive age. It is likely to occur in women at almost any age. It can also be detected incidentally in patients who have no complaints and are evaluated for a different reason. It is commonly detected in women investigated for inability to conceive, chronic pelvic (genital area) pain and ovarian (ovarian) cyst. Genetic factors increase the risk of ocurrence of endometriosis (chocolate cyst) disease by 7 times.

It has not been exactly understood in what way this tissue lining inside of the uterus can reach the organs outside the uterus. Two ways have been shown to explain this. The first way is the migration of this tissue, and the second way is the transformation of the existing organ into the intrauterine cells. The way through which the blood arising during mentrual bleeding is transported from the fallopian tubes into the abdomen by means of the inner layer of the uterus seems logical.

The most common complaint is pain arising during sexual intercourse, or during a different time period. Pain is present in the pelvis (lower abdomen) and inguinal areas. The pain can manifest itself with only low back pain.

The characteristics and severities of the symptoms vary depending on the disease location and its spread. It is also a sort of disease that can be detected in patient groups without any complaints. Therefore, most of the time, it may be asymptomatic.

Endometriosis (chocolate cyst) causes symptoms because bleeding occurs in the area every month in the same way as menstrual bleeding.

The complaints are related to the tissue reaction in the area where bleeding is localized, the status of adhesion caused by the bleeding residues, and the mass formation resulted from the combination of residues and bleeding that regularly arises every month.

When endometriosis occurs in the ovaries, it is observed in the form of cysts. They are liquid cysts in chocolate consistency due to bleeding into the cyst in each menstrual period. Endometriosis cysts larger than 3 cm in the ovary are called chocolate cysts or endometrioma.

Endometriosis (chocolate cyst) can be detected in mild or severe forms in women undergoing laparoscopy because of inability to conceive. Endometriosis can be identified in women who are evaluated for chronic pelvic pain, pain during intercourse, or menstrual cramps (dysmenorrhea).

Meanwhile, in rare cases, endometriosis can be surprisingly detected with the symptoms it causes in the distant parts (eye, skin, etc.) of genital regions.

The definitive diagnosis of chocolate cyst is made by laparoscopy. In addition, the diagnosis can also be made by ultrasonography (USG) and magnetic renosance imaging (MRI). Especially pelvic examination during mentruation is 5 times more useful in the diagnosis compared to the examination performed at different times. If CA-125 is lower than 65, it is mild endometriosis, if it is higher than 100, it is severe endometriosis.

CA-125 is a tumor marker. In endometriosis disease, it appears in the form of increase or decrease in blood values. However, the measurement of this value is not necessary for the diagnosis. In some specific cases, the Ca-125 level increases. These are;

Oral contraceptives (birth control pills) are given continuously. The aim is to stop the patient’s menstruation (amenorrhea). In this way, there will be no reflux from the tubes during menstruation, so the endometriosis foci will disappear. Danosol, 17 alpha-ethynyl testosterone, is given daily at a dose of about 600-800 mg (it has androgenic, antiprogestenic and anti estrogenic effects). It shows a gestinon danasol-like effect. Moreover, dienogest, a progesterone, is also used for the treatment.

GnRh analogues cause inhibition in the pituitary gland, resulting in amenorrhea and endometrial atrophy. Since the level of estrogen decreases, alendronate, active vitamin D3 and calcium should also be given at the same time to prevent osteoporosis. Pentoxifylline is given to strengthen the immune system.

In stage 1 and stage 2 endometriosis, surgery is not performed due to infertility. If dyspareunia (pain during sexual intercourse) and dysmenorrhea (mentrual cramp) is present instead of infertility, these lesions are cauterized during laparoscopy. In stage 3, if endometriomas (chocolate cysts) in the ovaries are larger than 4 cm, its removal is considered appropriate for IVF.

In rectovaginal (related to rectum and vagina) endometriosis (stage 4), these should absolutely be removed surgically. The reason for the removal is that they cause severe pain in the anus. With the removal of the masses, complaints do not recur after the procedure.

Drug therapies are important in terms of preventing recurrence.

Endometriosis progresses in the form recurrences. It is important for the women, who are diagnosed with the disease and desire to get pregnant, to start attempts to conceive following the completion of treatment.

Trying to conceive after the treatment of endometriosis is an appropriate approach.