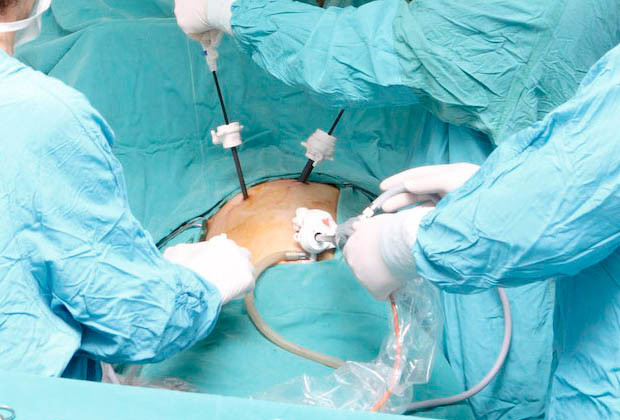 What is laparoscopic myomectomy?

It is the operation of removing myomas by entering through small incisions made on the abdomen with instruments. As it has shorter operative time, non-occurrence of adhesion and shorter recovery period, it is preferred more than open surgery. The presence of every myoma does not require this operation. If myoma begins to do severe damage to the person with its findings, its removal is thought. Myomas should be removed in cases where they cause menstrual irregularities, frequent bleeding, constipation by pressing the rectum, too much pressure on the bladder so as to cause frequent urination, infertility or miscarriage, and they rapidly grow.

What are the risks of laparoscopic myomectomy?

As in every operation, there is a risk while performing these procedures. However, smaller incisions compared to open surgery, shorter operative time, shorter recovery period and lower risk of infection are the reasons for preferring this operation. The risk of infection that may arise in open surgery is also lower in laparoscopic myomectomy.

What are the advantages of laparoscopic myomectomy?

What is investigated before undergoing laparoscopic myomectomy?

As in other open surgeries, a number of laboratory tests are performed to determine whether the patient is ready for the operation, and it is paid attention to that other health problems are not to an extent that it will prevent the procedure. For anesthesia, the patient is examined by an anesthesiologist in detail and informed.

What type of myomas cannot be removed with laparoscopic myomectomy technique?

Sound from the Vagina