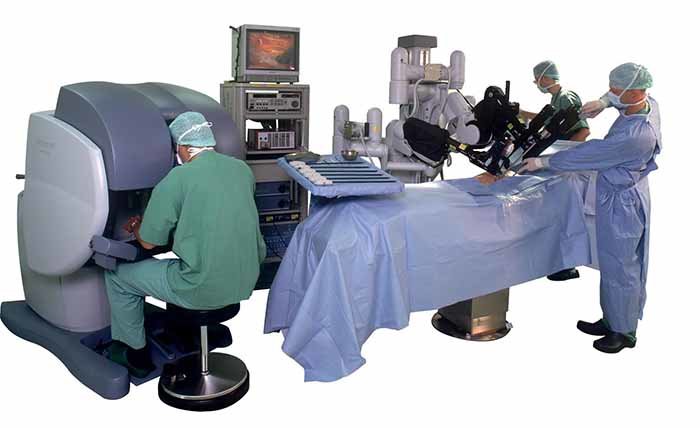 How is the procedure of opening blocked tubes by robotic surgery performed?

In general, tubal surgery is the treatment of tubes both functionally and anatomically without disrupting their structures. The tubes are opened using this surgical method in patients whose tubes were previously ligated or whose tubes are blocked due to inflammation or endometriosis. Thus far, laparoscopy was used to open the tubes. Today, the “da vinci robotic surgical method” has been successfully used due to its superiority to laparoscopy and many advantages. In tubal surgery, the operation should be performed with the microsurgical principles to preserve the tubal functions. In robotic surgery, the damaged or blocked tube portion is removed and the remaining parts are successfully sutured with end-to-end anastomosis. This method is one of the latest technological methods and achieves quite successful results.

What are the advantages that the da vinci robotic surgery offers?

After opening the tubes by the robotic surgical method used on the patient, the chance of conception naturally is quite high. Usually, the rate of pregnancy is 60% in patients 1 year after robotic surgery. On the other hand, the rate of pregnancy in ”IVF” procedures is between 20% and 40%, although it varies from clinic to clinic. The patient’s high chance of getting pregnant naturally provides a great advantage for the patient. In addition to the removal of blockade in the tubes after the operations with robotic surgery, the pregnant women can also conceive in natural ways with ovulation treatment.