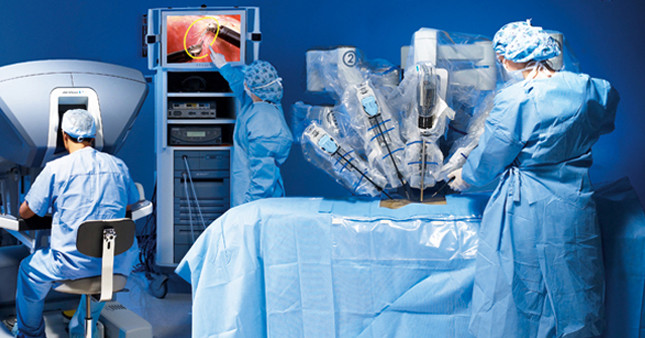 Although many operations have been described in the treatment of apical prolapse, most commonly used operations are sacrospinous fixation and abdominal sacrocolpopexy.  According to Cochrane’s evidence-based data, there are three studies comparing two methods in the literature. According to the results of these studies, abdominal sacrocolpopexy is an operation with high success rate despite high morbidity rate and it has been considered as gold standard for the treatment of apical prolapse for long years. The increase in the use of mesh (surgical kit) after 2000 has led to this operation to be preferred as second procedure. In recent years, after the warnings of FDA related to mesh complications, sacrocolpopexy operations have gained popularity again.

Sakrohisteropexy was first described by Arthure in 1957. In 1962, Lane described sacrocolpopexy.  The most important disadvantage of this gold standard is the opening of the abdomen, the high complication-morbidity associated with it, and the long time required to return normal activities. In order to overcome these disadvantages of open surgery, sacrocolpopexy was performed laparoscopically.

Robotic surgery includes the following advantages in addition to the advantages of laparoscopy to open surgery.

Besides these advantages of the surgeon, the patient also has advantages.

The surgeon also has important advantages in robotic surgery.

In addition to these advantages, the three major disadvantages are the lack of tactile sensation, the inability to change patient position during the operation and to be expensive.

Elliot et al, Li et al, Geller et al. compared robotic sacrocolpopexy with open sacrocolpopexy. Elliot et al. found out that the duration of operation are similar and hospitalization duration to be less than the robot group (1 vs. 3.3). According to Geller et al., while the operation time was found to be longer in the robotic group, they found that roboti has better conditions for postoperative antigens support, mean amount of hemorrhage and length of hospitalization. Li et al. found less hospitalization, bleeding and postoperative complications, more intraoperative complications and cost in the robotic group.

Serati et al. found that robotic surgery was reliable, effective and feasible in the meta-analysis of 27 studies in which 1448 cases were compared with open, laparoscopic and robotic sacrocolpopexy.

Robotic sacrocolpopexy is a minimally invasive, high success rate operation that does not include morbidity and complications of open sacrocolpopexy which is the gold standard in the treatment of apical prolapse. It is used increasingly.

How is Cervical Cancer Treated?